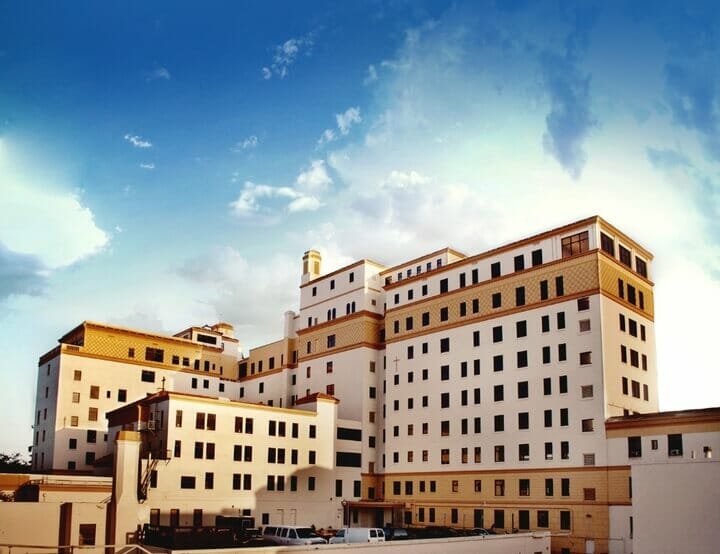 A Turning Point for Two Pastors and a Church
Pastor Tommy Barnett has a large and growing church in Phoenix, AZ. Many years ago, as he was growing his church, he felt a calling to reach out to the hurting in Los Angeles.In his effort to be faithful, Pastor Tommy worked hard to interest other pastors in joining him to care for Los Angeles. Each time, he would take his prospective partners to the area, only to have them change their mind. The mission fields of Watts, South Central, Compton, Imperial Courts, Nickerson Gardens and Downtown Los Angeles were clearly too dangerous and a new church would be unlikely to succeed.
Years Later, God showed Pastor Tommy that his youngest son, Pastor Matthew is the one to send to Los Angeles. Despite Pastor Tommy’s concerns for his safety, Pastor Matthew assumed the position of Pastor at a small church, Bethel Temple, in 1994. He was just 20 years old. With little activity in the church and the congregation attendance going down due to his age,  Pastor Matthew began setting up his office outside on the sidewalk, asking people who passed by how he could help them.
As his outreach grew and the church came back to life, Pastor Matthew noticed the old, vacant Queen of Angels Hospital in Echo Park. He saw his father’s dream could become reality in that historic building – a place to offer God’s love to the homeless and addicted, to victims of sex trafficking and domestic violence, to emancipated foster youth and to those who hunger for food and hope.
The Dream Center Was Born
Today, thousands of individuals, businesses and churches in Los Angeles and around the world have caught the vision of The Dream Center, volunteering and giving as God leads. More than 100 independent Dream Centers so far have taken root throughout the States!
The Southern Arizona Dream Center was founded as an independent Dream Center with a goal of extending the reach and vision of the original Dream Center to an area of need here in Tucson and Southern Arizona.